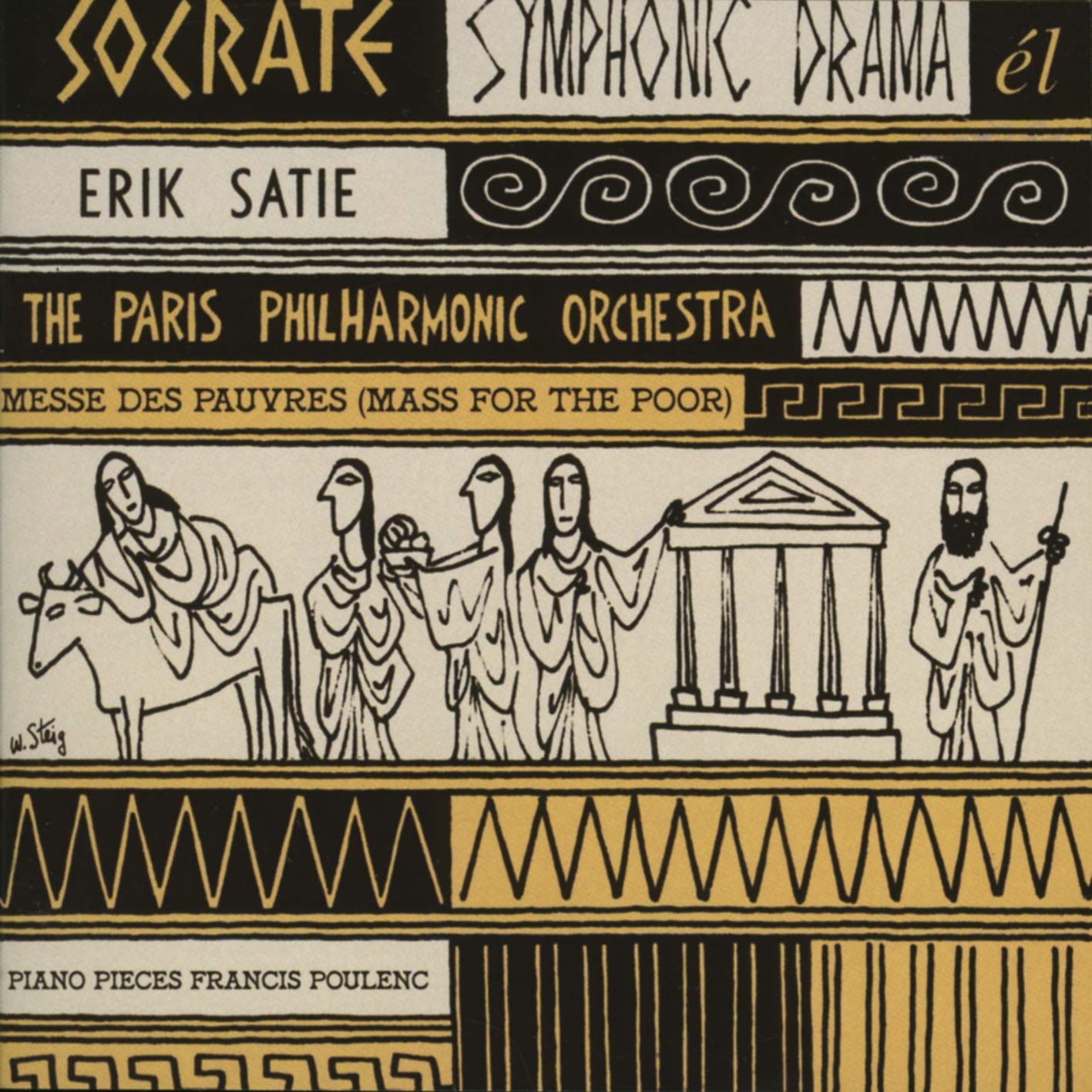 2007 reissue of these rare recordings of Erik Satie's symphonic drama 'Socrate' (1916) and the beautiful 'Mass for the Poor'. They have been out of print for five decades and here are restored and released digitally for the first time. Erik Satie has an international fan-base amongst whom he has attained god-like status. Satie's sumptuous melodies remain attractive to the modern ear; compositions such as 'Gymnopedies' (included here in a performance by Francis Poulenc from 1956) are amongst the most famous of the 20th century. El.