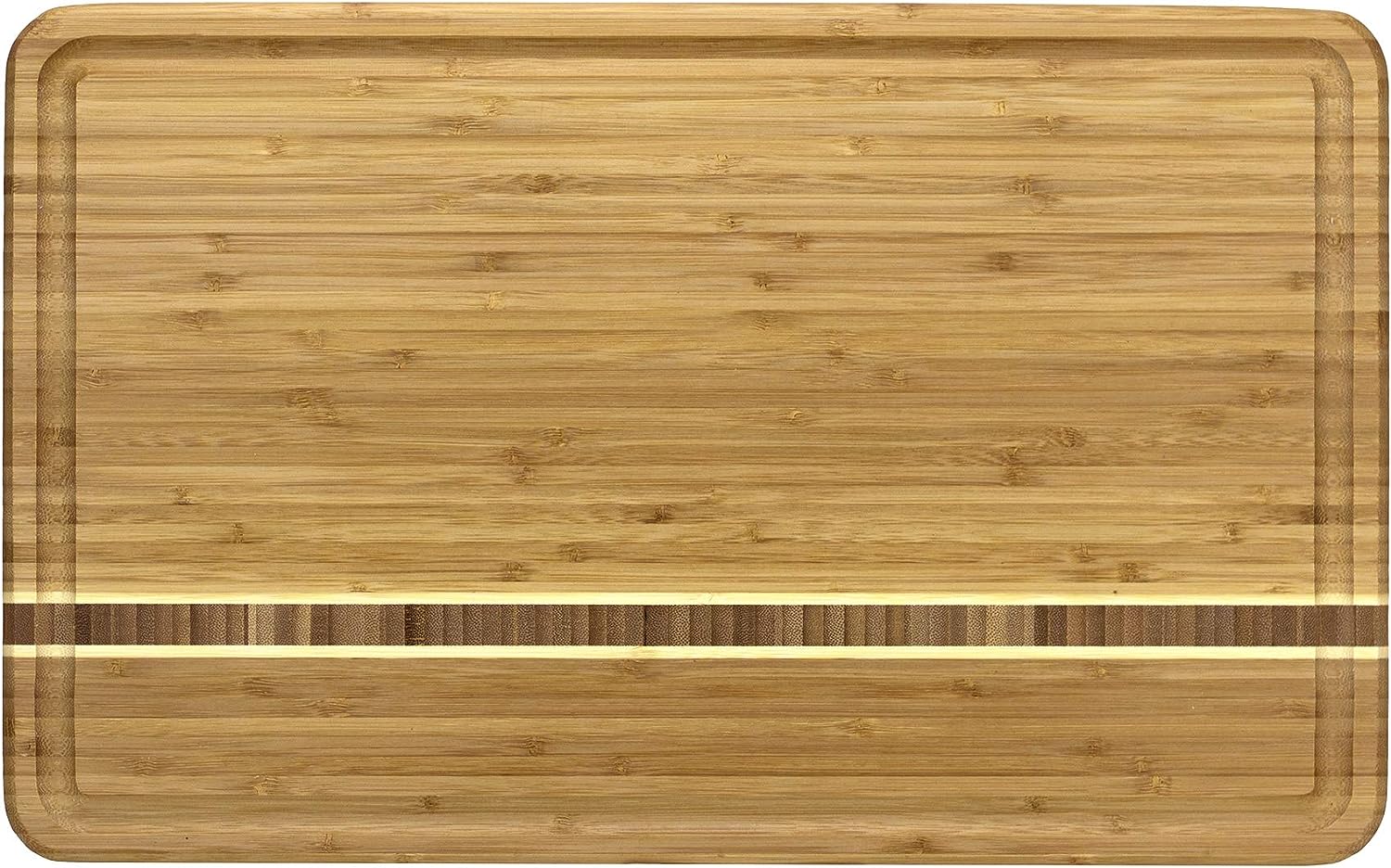 The Totally Bamboo Dominica Bamboo Serving and Cutting Board is a beautiful option to both cut and serve. The Dominica is part of Totally Bamboo's Caribbean Collection, one of the first lines of bamboo cutting boards on the market! The entire collection features a gorgeous inlay of dark end-grain bamboo flanked by strips of natural bamboo. This inlay strip blends wonderfully with the vertical-grain bamboo construction of the board. The Dominica Carving Board features deep juice wells along the edge of the board to collect any run-off from juicy meats or fruits — keeping countertops clean! When the meal is done, the board cleans easily with hand washing; do not soak or wash in the dishwasher. The board measures 20-5/8 inches by 12-1/2 inches and is 3/4 of an inch thick. Add a bit of island-inspired design to your home with the Totally Bamboo Caribbean Collection.

Bamboo is gentler on knives than plastic and easier to clean and maintain than hardwood— it cleans quickly with hand washing in warm water.

As a grass, its roots remain and quickly regrows after harvest. It's grown organically even on difficult terrain without artificial irrigation or re-planting.

Its root system helps to prevent erosion. And the Moso bamboo used by Totally Bamboo is not a part of the panda's diet.

Bamboo from the Beginning

The company's founders, Tom and Joanne Sullivan, are artists who created the first bamboo cutting boards as gifts for friends and family from the scraps of their original products, director’s chairs. The cutting boards were lightweight, strong and had outstanding knife feel. The boards were such hits, Tom and Joanne discovered they were onto something special and Totally Bamboo was born.